A cast iron pan is an essential piece of equipment for any cook. With a seasoned nonstick cooking surface that only gets better with time, cast iron pans offer a wide range of versatility, durability, functionality, and sustainability to any kitchen. From baking bread in the oven to stovetop frying or even cooking over a campfire, the possibilities of cast iron cookware are endless. A high-quality cast iron pan can even endure lifetimes in multiple kitchens making it a perfect heirloom piece to be passed down from generation to generation. Finding the perfect cast iron addition can seem daunting, but with Lodge, the decision is easy and affordable.

In 1896 Joseph Lodge converted an abandoned foundry in South Pittsburgh, Tennessee into Lodge Cast Iron. Originally called Blacklock, after the foundry in which it was constructed, Lodge Cast Iron got a name change but has remained to be one of the oldest and longest-running cast iron manufacturers in the United States. Family-owned and operating out of Tennessee since its founding, Lodge Cast Iron has been making high-quality and affordable cast iron cookware for over a century. Using a proprietary mix of pig iron, recycled steel, and castings from the foundry, their pre-seasoned pans are ready to use right out of the box.

Lodge is dedicated to making heirloom quality products at an affordable price point so their cookware pieces can be part of families for generations. 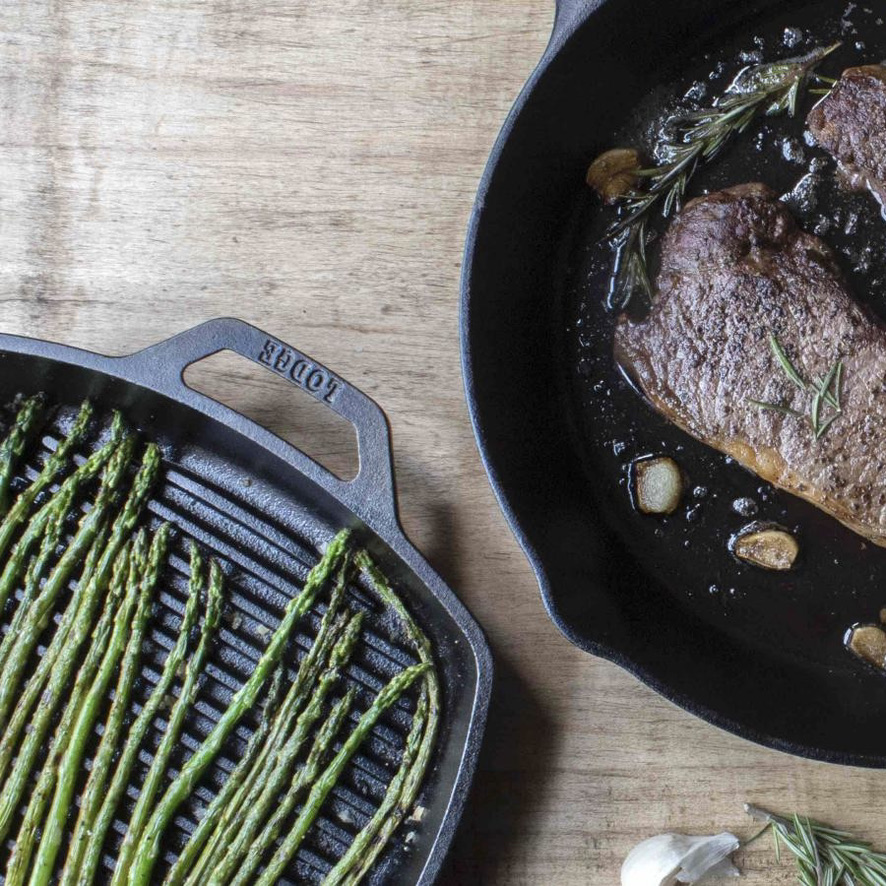